You can now finally enable segwit on BRD app for androind AND IOS. Do it now and pay less in transaction fees while helping the network to scale!


View Reddit by Adolffuckler - View Source
at December 23, 2018 No comments:

How to Use Crossovers to Make You Profits

Indicator crossovers are the most common and effective strategy to spot developing trends. The more used indicators when applying the crossover method are MACD and moving averages. A good signal provider will help you pinpoint the entry and exit points using this method.

How to find the signals

A perfect example would be using the EMA (Exponential Moving Average) and the MACD. When you have an EMA 6 crossing the EMA 23 that would be an indication of a long term trend crossing a short term trend. Under this setup, you buy when the EMA 6 crosses EMA 23 and sell when the EMA 6 crosses the EMA 23. If using the MACD, the most used value is (12, 26, 9). These two indicators will help you identify new trends early and thus maximize the possibility of profits.

Another indicator that is commonly used is the ADX. When using the ADX, look for crosses at the 17 to 23 level. Either of this crosses most likely indicate that a trend is starting. Before making a trade on the ADX cross, look for the DI+ and DI- lines. The DI+ and DI- lines will indicate which way the trend is moving and you can profit by entering the right side of the trend.

Don't rely on just one indicator

Many Forex indicators are based on identifying trends. Any of these indicators when used by itself could be wrong. If you combine at least a couple of these indicators and they show that a trend is developing, your chances for profits grow exponentially. If you want to try different combinations, you should also look to combine MACD with the stochastic oscillator.

This strategy is advantageous because it gives you, the trader, a chance to stay put and wait for the best entry point possible. The strategy works well on either an uptrending currency or a downtrending currency and allows you to maximize your profits. Since you should be able to identify when a trend is reversing, this strategy also provides you with your exit or reverse points. You can also turn this strategy into a scan if your charting software allows for it. With the good also comes the bad when using these two indicators together. Because you will be waiting for corroboration of the best time to enter a trade, the actual trade of the currency may occur with a lot less frequency than by relying on other indicators.

I think we know with what money was this tesla bought. 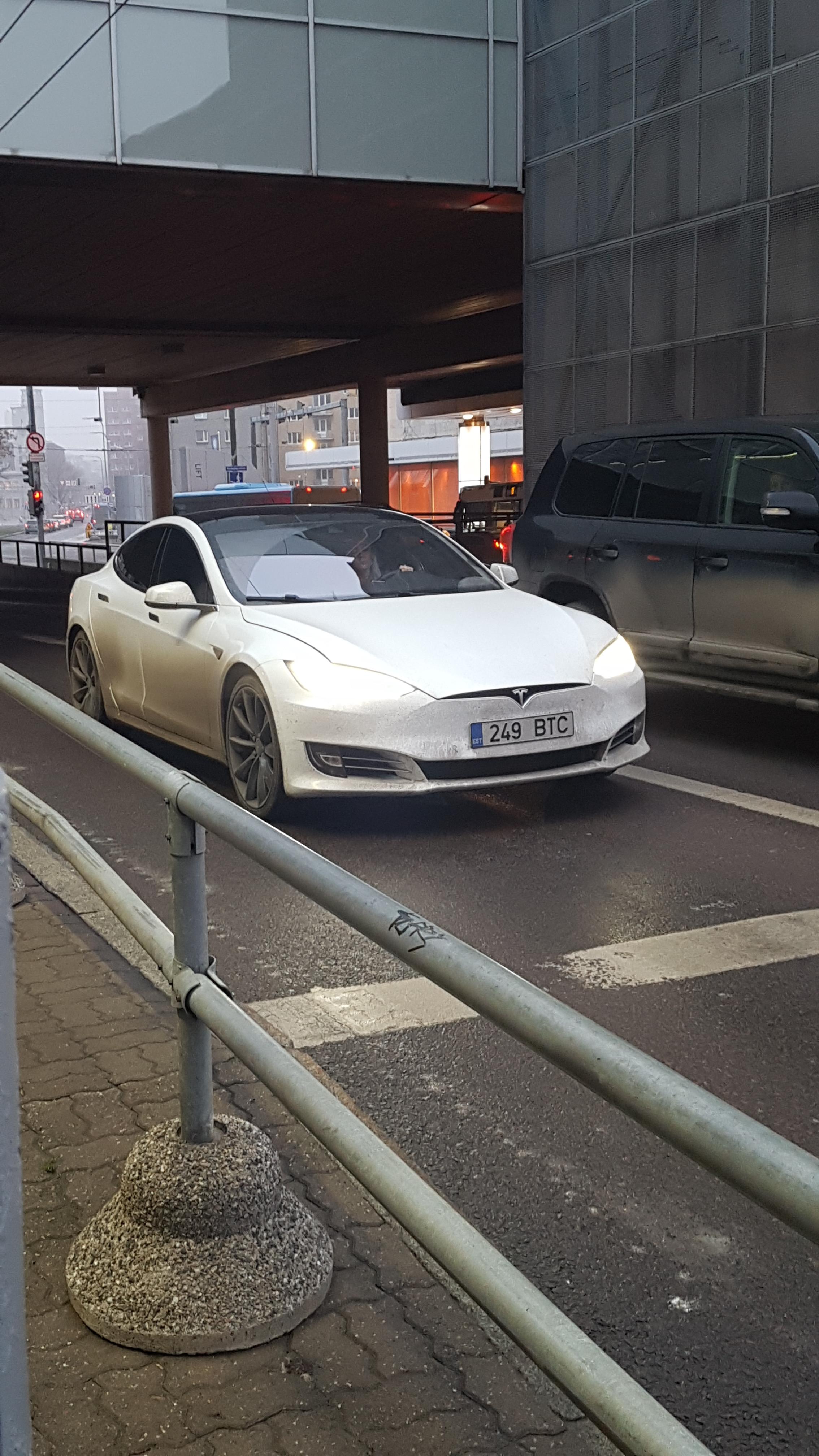 I think we know with what money was this tesla bought.


View Reddit by koerteebauh - View Source
at December 21, 2018 No comments:

Good Reasons to Use Crypto-Currency Bitcoin

Bitcoin is a comparatively new type of currency that has just started to strike the mainstream markets.

Critics state that using Bitcoins is unsafe because -


Still all the major market players talk about Bitcoins. Below are some good reasons why it is worth using this crypto currency.

Quick payments - When payments are made by using banks, the transaction takes some days, similarly wire transfers also take a long time. On the other hand, virtual currency Bitcoin transactions are generally more rapid.

"Zero-confirmation" transactions are instantaneous, where the merchant accepts the risk, which is still not approved by Bitcoin block-chain. If the merchant needs an approval, then the transaction takes 10 minutes. This is much more rapid than any inter-banking transfer.

Inexpensive - Credit or debit card transactions are instant, but you are charged a fee for using this privilege. In the Bitcoin transactions, the fees are usually low, and in some cases, it is free.

No one can take it away - Bitcoin is decentralized, so no central authority can take away percentage from your deposits.

No chargeback - Once you trade Bitcoins, they are gone. You cannot reclaim them without the recipient's consent. Thus, it becomes difficult to commit the chargeback fraud, which is often experienced by people with credit cards.

People purchase goods and if they find it defective, they contact credit cards agency to make a chargeback, effectively reversing the transaction. The credit card company does it and charges you with costly chargeback fee ranging from $5-$15.

You just have to ensure that your private key is not accessed by strangers.

It is not inflationary - Federal Reserve prints more dollars, whenever the economy is sputtering. Government injects the new created money into the economy causing a decrease in currency value, thereby triggering inflation. Inflation decreases people's power to buy things because prices of goods increase.

Bitcoins are in limited supply. The system was designed to quit mining more Bitcoins on reaching 21 million. This means that inflation will not be an issue, but deflation will be triggered, where prices of goods will fall.

Semi- anonymous operations - Bitcoin is relatively private, but transparent. The Bitcoin address is revealed at the block-chain. Everyone can look in your wallet, but your name will be invisible.

Easy micro-payments - Bitcoins allows you to make micropayments like 22 cents for free.

Bitcoins are getting legitimate - Major institutions like the Bank of England and Fed have decided to take Bitcoins for trading. More and more outlets like Reditt, Pizza chains, WordPress, Baidu, and many other small businesses are now accepting Bitcoin payments. Many binary trading and Forex brokers also allow you to trade with the Bitcoins.

Bitcoin is the pioneer of new crypto-currency era, the technology that gives you a peek into future currency.


Source by Mohammed Abdul Nadeem
at December 17, 2018 No comments: 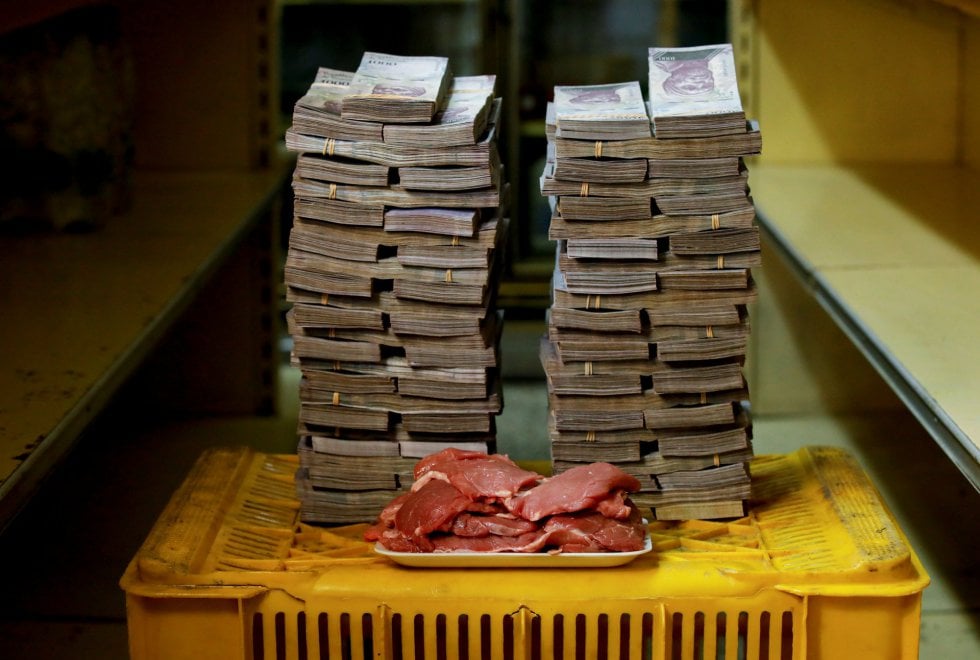 What Are Top 5 Cryptocurrencies Other Than Bitcoin?

Bitcoin has lead the crypto world for so long, and so dominantly that the terms crypto and Bitcoin are often used interchangeably. However, the truth is, the digital currency does not only comprise of Bitcoin. There are numerous other crypto currencies that are part of the crypto world. The purpose of this post is to educate our readers on cryptocurrencies other than Bitcoin to provide them with a wide range of options to choose from - if they intend on making crypto-investments.

So let's get started with the first name on our list, that is:

Launched in 2011, Litecoin is often referred to as 'silver to Bitcoin's gold.' Charlie Lee - MIT graduate and former engineer at Google - is the founder of Litecoin.

Similar to Bitcoin, Litecoin is a decentralized, open source payment network which functions without a central authority.

Litecoin is similar to Bitcoin in many ways and often leads people to think: "Why not go with Bitcoin? Both are similar!". Here's a catch: the block generation of Litecoin is much faster than that of Bitcoin! and this is the main reason why merchants around the world are becoming more open to accepting Litecoin.

Another open source, decentralized software platform. The currency was launched in 2015 and enables Smart Contracts and Distributed Applications to be built and run without any downtime.

The applications on Ethereum platform require a specific cryptographic token - Ether. According to the core developers of Ethereum, the token can be used to trade, secure, and decentralize just about anything.

Ethereum experienced an attack in 2016 which saw the currency split into two parts: Ethereum and Ethereum Classic.

In the race of leading cryptocurrencies, Ethereum is second most popular and is right behind Bitcoin.

Zcash came out in the later part of 2016. The currency defines itself as: "if Bitcoin is like http for money, Zcash is https".

Zcash promises to provide transparency, security, and privacy of transactions. The currency also offers the option of 'shielded' transaction so the users can transfer data in the form of encrypted code.

Dash is originally a secretive version of Bitcoin. It is also known as 'Darkcoin' due to its secretive nature.

Dash is popular for offering an expanded anonymity which allows its users to make transactions impossible to trace.

The currency first appeared on the canvas of digital market in the year 2014. Since then, it has experienced a large fan following over a very short span of time.

With a market capitalization of over $1bn, Ripple is the last name on our list. The currency was launched in 2012 and offers instant, secure, and low-cost payments.

The consensus ledger of Ripple doesn't require mining, a feature which makes it different from Bitcoin and other mainstream crypto currencies.

The lack of mining reduces the computing power which ultimately minimizes the latency and makes transactions faster.

Although Bitcoin continues to lead the pack of crypto, the rivals are picking up the pace. Currencies like Ethereum and Ripple have surpassed Bitcoin in enterprise solutions and are growing in popularity each day. Going by the trend, the other cryptos are here to stay and will soon be giving Bitcoin a real tough time to maintain its stature.